Traditions in the Rocío

El Rocío is a village well known for its annual Pilgrimage, but there are many more traditions that take place here and that concentrate thousands of people every year.

Throughout the year, El Rocío celebrates a large number of events, from centenary celebrations to pilgrimages of the brotherhoods, which have a large influx of people. Every day, thousands of people arrive to the village to enjoy the unique atmosphere that this village of Huelva gives you. If you also want to enjoy it, stay with us at Lince Casa Rural, your rural accommodation in El Rocío.

What are the main traditions of Rocío?

The pilgrimage of the candelaria

During the last weekend of January, one of the best-known pilgrimages is celebrated in the Rocío, such as the pilgrimage of the candelaria. Although it is carried out and directed by the Brotherhood of Triana of Seville, it is joined by other brotherhoods. During that weekend, El Rocío receives a large number of people and numerous acts and coexistence are celebrated.

The following weekend to the celebration of the pilgrimage of Triana, the Festival of Light is celebrated. Throughout the weekend there are religious events such as the Marian night vigil, the Rosary of the Dawn in the morning and the emotional presentation of the children to the Virgin during Sunday. 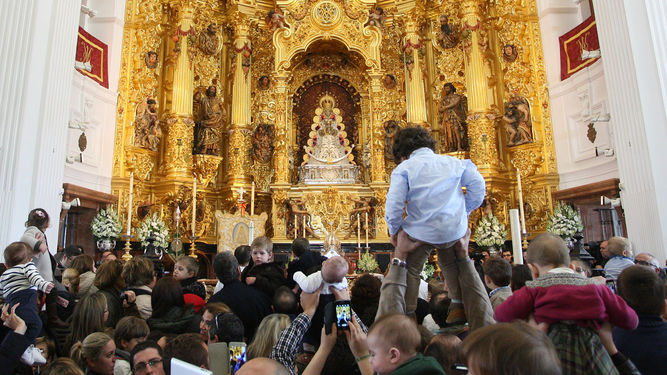 Romería of the Rocio

The Romería del Rocío is the best-known event in this village. Between May and June, as the celebration of Holy Week takes place that year, this procession known worldwide takes place in honor of the Virgin of the Rocío, patron saint of Almonte and which gives its name to this village.

For a week the pilgrims travel the paths of the Doñana National Park from the different cities until they reach the Hermitage of the Rocío, where all the events will be held. Once there, on Sunday a great party is celebrated with a parade in which there is a representation of all the brotherhoods. After this act, the rociers carry out the "jump of the grid" in the Hermitage, to take the patron saint in procession through the streets of the village. 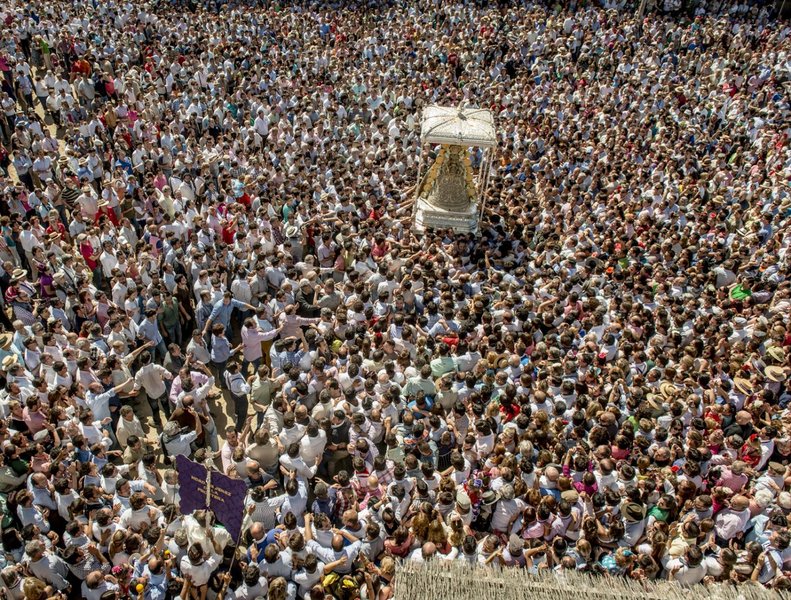 Get out of the mares

Every June 26 in the village the traditional Get out of mares is celebrated, a tradition with more than 500 years of history.

On June 26, the farmers of Almonte collect the mares and foals that graze throughout the year in the different marshlands and move them to Almonte. In the way of transfer, the animals pass through the streets of the village of El Rocío and once there and in front of the Hermitage, the farmers and visitors pray the traditional salve. Later they continue on their way until they reach Almonte, where the tuza, wormed and marked by fire of the foals take place, in addition to the sale of animals.

The coming of the virgin

Every 7 years, at the end of Rocío Chico, between the night of August 19 and 20, the virgin's arrival or transfer is celebrated from the Hermitage of El Rocío to the town of Almonte. During the whole night it is carried on the shoulders by the Llanos road, crossing the pine trees for 15 kilometers until reaching the Church of the Assumption. In this church remains for nine months until a week before the traditional pilgrimage of El Rocío, which occurs again the coming to his Hermitage.

This tradition is celebrated in gratitude to the Virgin for getting away  Almonte of the invasion of the French troops during Napoleon's time and it attracts thousands of people. This 2019, this coming will take place again , since the last one was made in 2012. 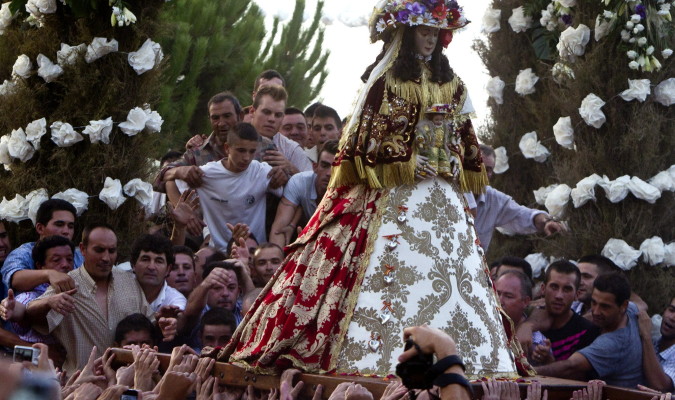 If you want to live these traditions up close, we recommend you to stay at Lince, Casa Rural. Do not hesitate to contact us for more information.